You are here:Home-Fitbit, Heart Rate Monitor, Review Best Fitness Trackers-Fitbit Charge 2 Review – The Pros and Cons You Must Know (Updated May 2019)
Previous Next 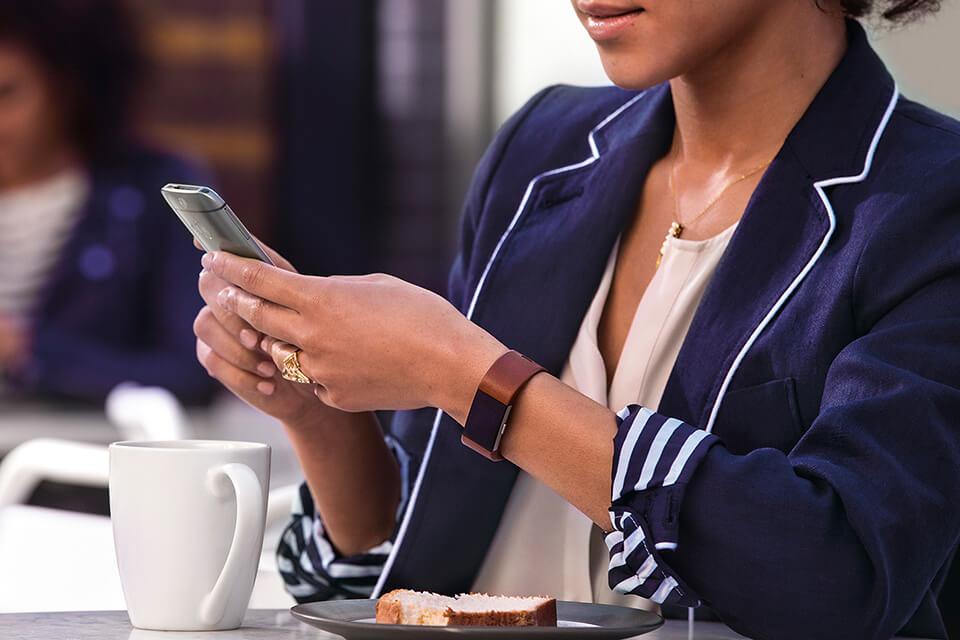 Fitbit Charge 2, the successor of the Fitbit Charge was officially released in September 26th, 2016. You now can purchase this fitness band at Fitbit.com and Amazon as well as other channels. 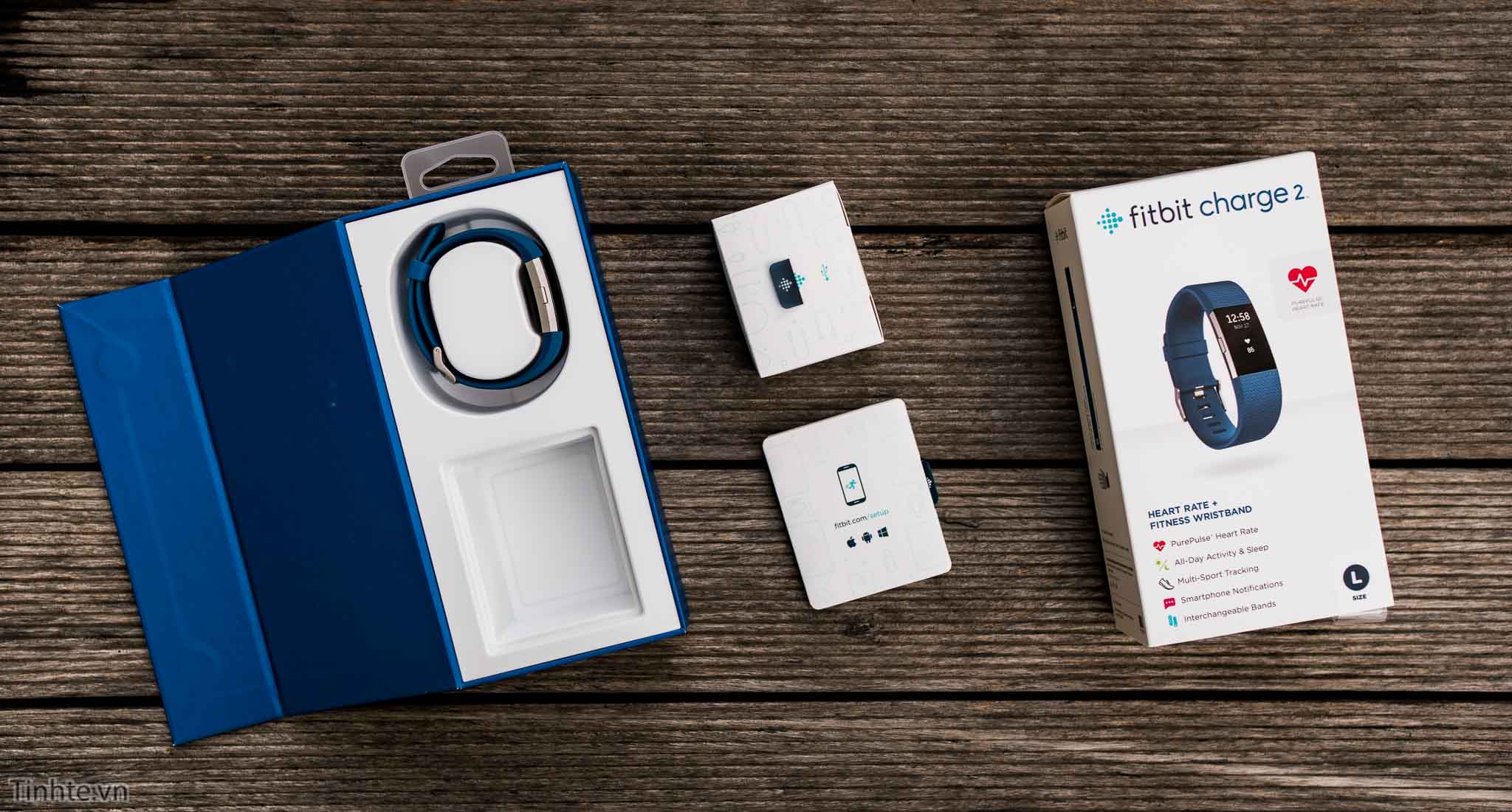 The reason for many people to choose a Fitbit device is the sleek and fashionable design. You can wear it everywhere, every time in comfort and still look stylish. The design of the Fitbit Charge 2 continues to be a plus. People may fell in love at first sight with this wristband. It looks mysterious and luxurious at the same time.

It has a wider band and screen than the Fitbit Charge and the Charge HR. With a 4-times larger screen than the predecessor, it can show you more information. This is very useful because when you are running or cycling, etc… it will easily display all kinds of helpful data. Besides, the OLED screen allows for easily reading even in the brightest sun. 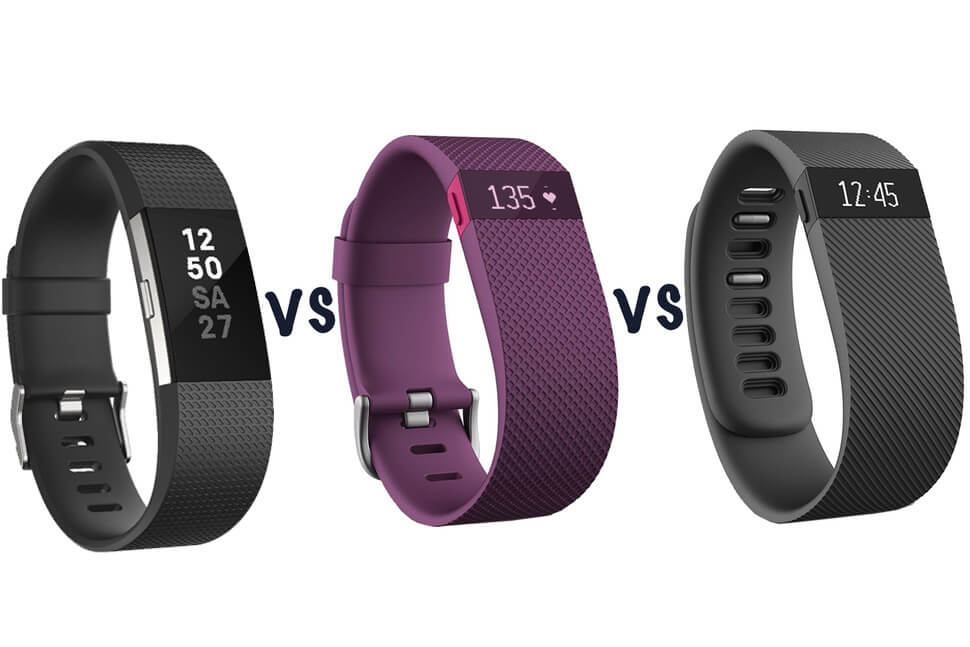 Another good thing about Fitbit Charge 2 is that the band is interchangeable just like the Fitbit Alpha. That means you can change the band if it stinks (just kidding) or to match your outfit. There are five color options for you to choose from: black, blue, plum, teal and lavender. A separate rubber band will costs you around $30. And you know what?  The standard band is rubber, but if you don’t like to wear rubber band, you can choose a leather band of brown, pink, or indigo for about $60. 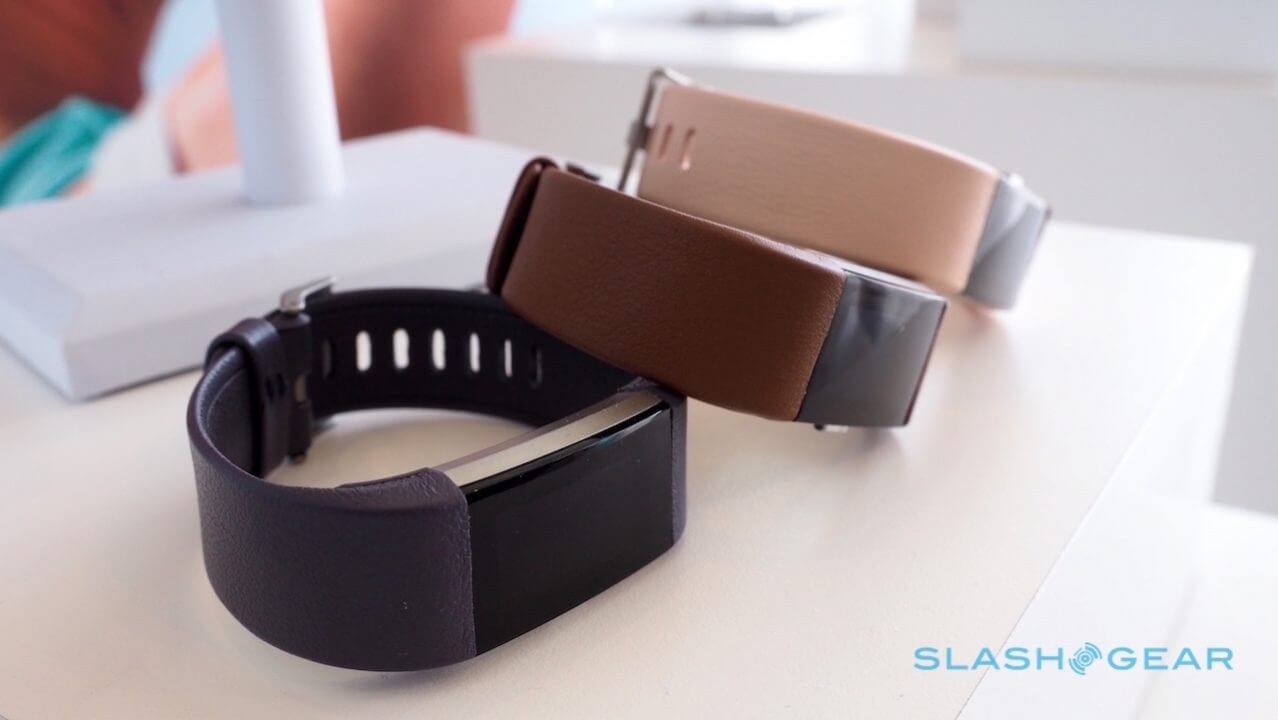 The heart rate monitor has 2 LEDs and works fairly accurately for moderate activity and steady running. But the same cannot be said for high intensity activities. The laggy live data makes it difficult for you to make sure your heart is hitting specific highs during your workouts. 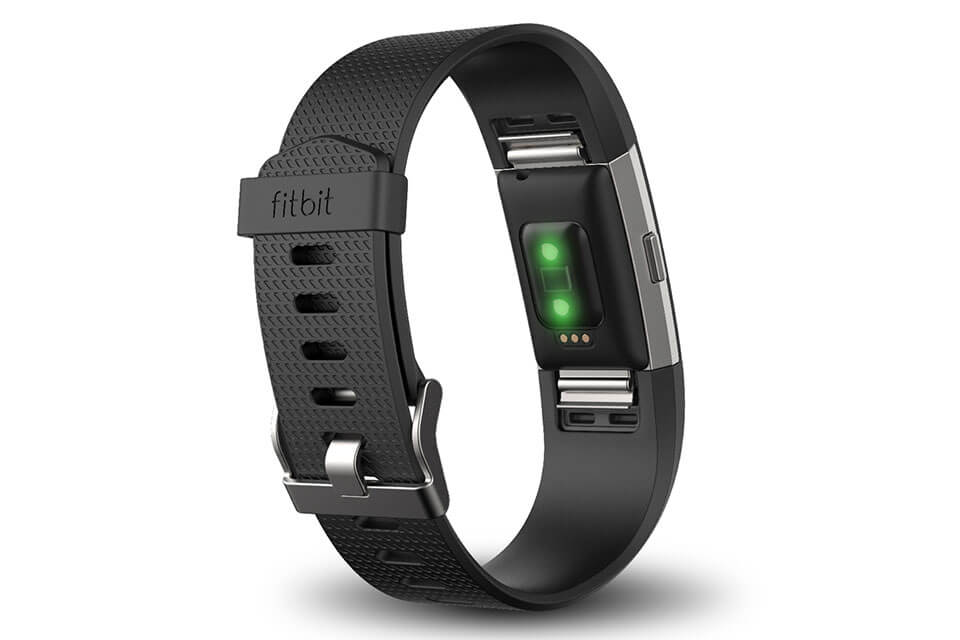 Besides tracking your heart rate continuously all day, the Fitbit Charge 2 tracks steps taken, distance traveled, floors climbed, active minutes, exercise, calories burned, how long and how well you sleep. It also alerts when you’ve been inactive for too long.

You can set up a handful of activities like running, biking, weights, treadmill, or yoga. During the workouts, you can view your heart rate, speed, and if you bring along your mobile phone, it will use your phone’s GPS to track the route. The Relax app is an interesting new feature, and provides personalized deep-breathing exercises which could help you reduce stress. 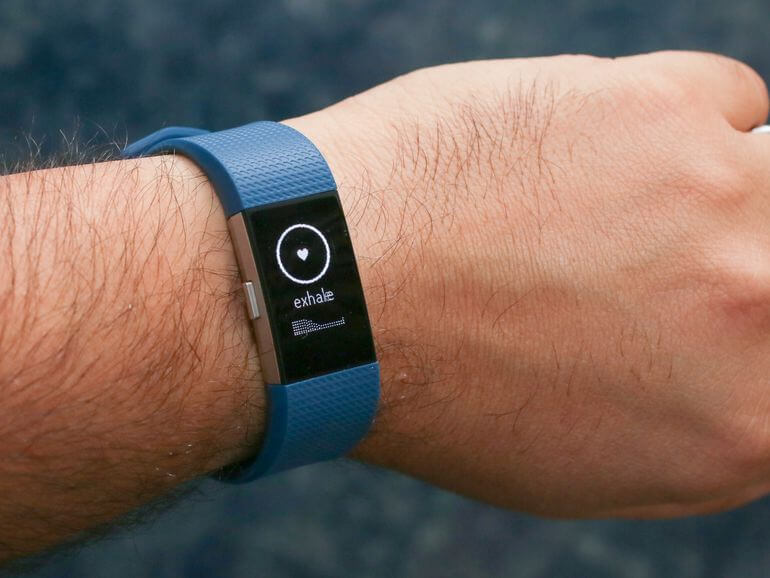 Charge 2 can receive phone calls, text messages and calendar alerts when you are near your phone. Notifications vibrate when your phone receives them. Just lift and turn your wrist towards you or press the button to see them. You can easily manage notification settings in your Fitbit app.

An update in this version is that you don’t need to do a set up on a computer before installing it on smartphone. You can establish the device directly onto your phone. As a result, USB – bluetooth sync dongle is not included in the Fitbit Charge 2 box. If you want to sync the device with your computer, you will need to buy the USB for around $20.

Click here to buy the Fitbit Charge 2 from Amazon now! 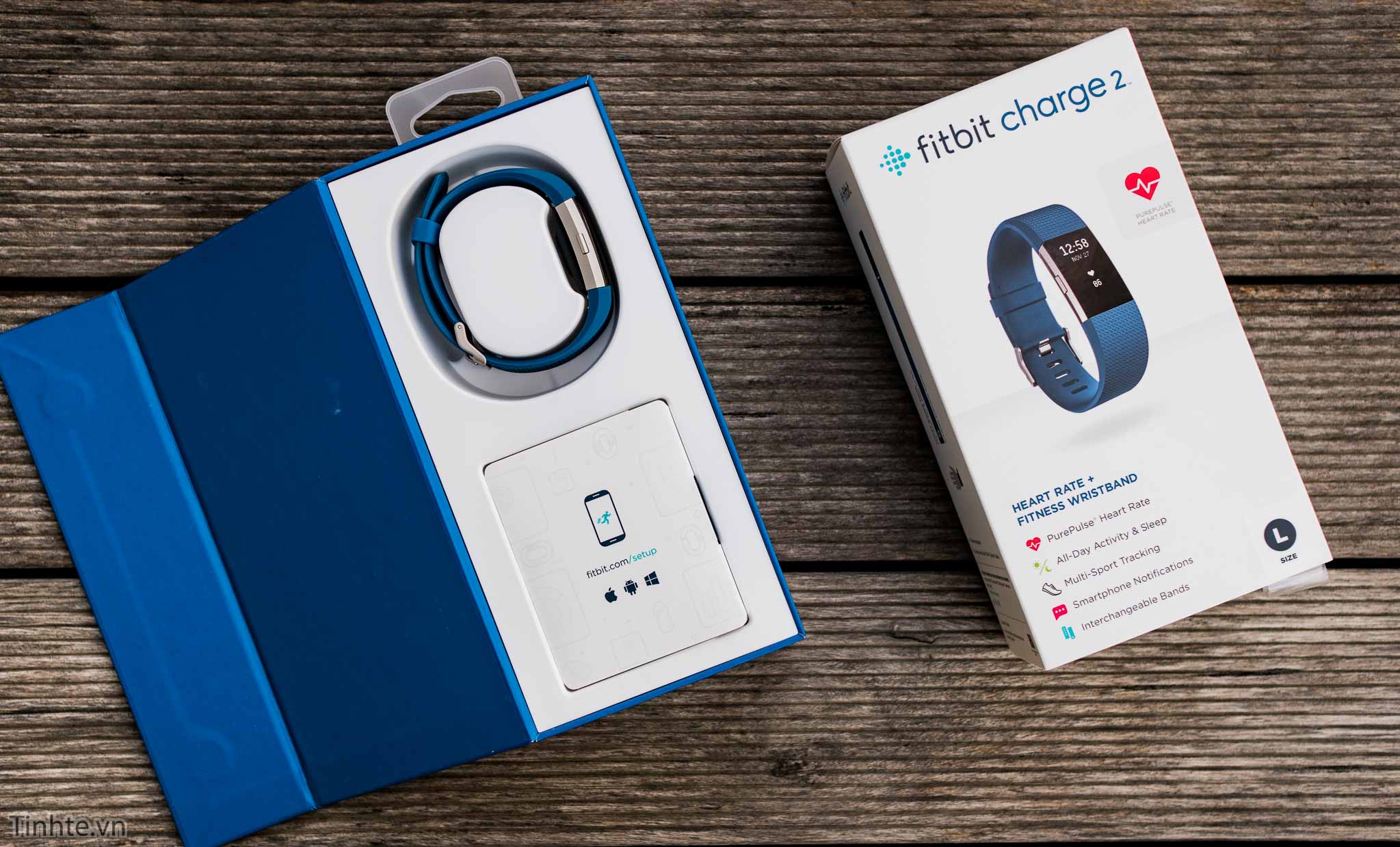 Fitbit Charge 2 took things up a level when it was enhanced with Cardio Fitness Level, which is Fitbit speak for VO2 Max. Then it takes your user profile – age, height, weight and fitness data – to give you a score. This score is your VO2 Max, and it’s a pretty decent indicator of how fit you are.  This feature is normally found only on high-end Garmin sports watches. This feature is not included in the Fitbit Blaze, which makes the biggest differentiation between these 2 models.

Many people felt disappointed when learning that the Fitbit Charge 2 is still not waterproof. That means you can’t take it swimming. For long use, you should take it off when showering. But rest assure that it can withstand hand washing, sweating and water spraying.

The battery life of Charge 2 is even shorter than Fitbit Charge, just 5 days compared to 7 days.

And as I said before, Fitbit Charge 2 piggybacks the smartphone-location data, so for running or cycling, you still need to bring along your smartphone to track the route. It does not offer GPS.

The device launched for $150 (£130, AU$250), which is roughly the same price that the older Fitbit Charge HR is currently going for.

Though Fitbit Charge 2 still has some disadvantages such as non-waterproof, non-built-in GPS and shorter battery life, it’s obviously added some great functions that outpace all the Fitbit older models. So, if you want a sleek fitness tracker that has a built-in heart rate monitor, changeable bands, a relaxation feature, continuous heart rate monitoring and more,  this wristband is the best choice!

According to me , this watch is really perfect from all . we also buy those watch which we feel perfect and comfortable all time to put it . then we want give you thank for this New Best Model . this watch band look is very fantastic and fitbit on wrist . THANKS FOR SHARING .