You are here:Home-Pebble, Review Best Fitness Trackers-Pebble 2 Review: Should you buy Pebble 2+HR or aim for another fitness tracker wristwatch instead? (Updated June 2019)
Previous Next

Pebble 2 Review: Should you buy Pebble 2+HR or aim for another fitness tracker wristwatch instead? (Updated June 2019)

Pebble 2 Heart Rate was officially released this September, 2016.
You now can order it through Pebble website or Amazon.com 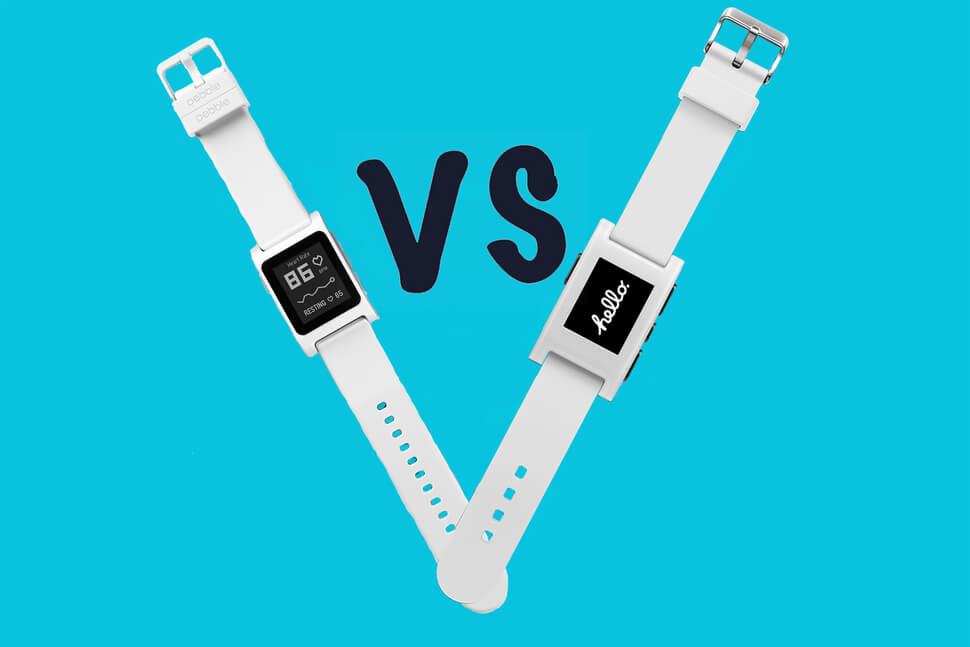 Pebble Classic which was launched in Jan 2013 is now lagging behind tons of new wristwatch models in the market. Pebble fans had to wait for nearly 4 years to get an updated version. Here’s a quick rundown comparing Pebble 2 heart rate with Pebble classic:

We can see that from design to functions, Pebble 2 Heart Rate and Pebble Classic do not differ much. Pebble 2 might be thinner and slimmer, with better color options. However, it continues to use the monochrome e-paper display and compared with Pebble Time, its design is just not as attractive. 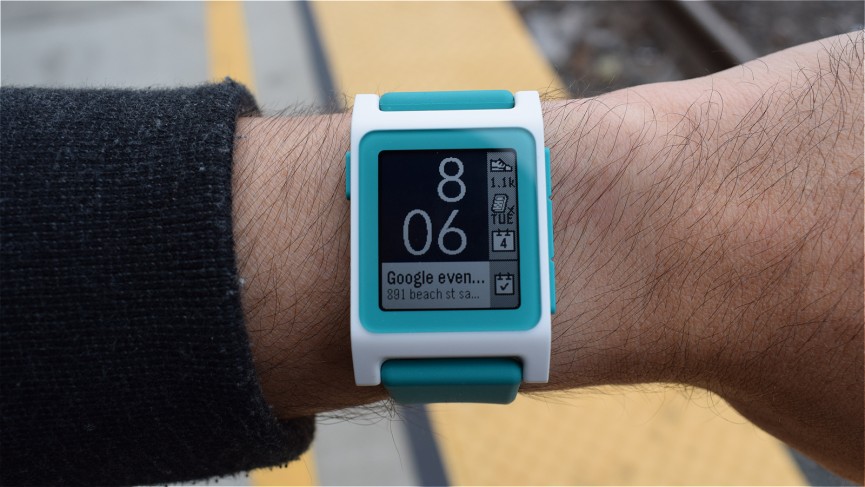 I can tell you the biggest difference between these 2 Pebble versions is that Pebble 2 Heart Rate has added a heart rate monitor. This should increase its appeal to the more serious athlete, but this feature is quite standard compared with other current popular fitness wristwatches on the market. So with $129 to spend, should you buy Pebble 2 or another fitness tracker wristwatch? Let’s take a closer look at some of the competition in the next section! 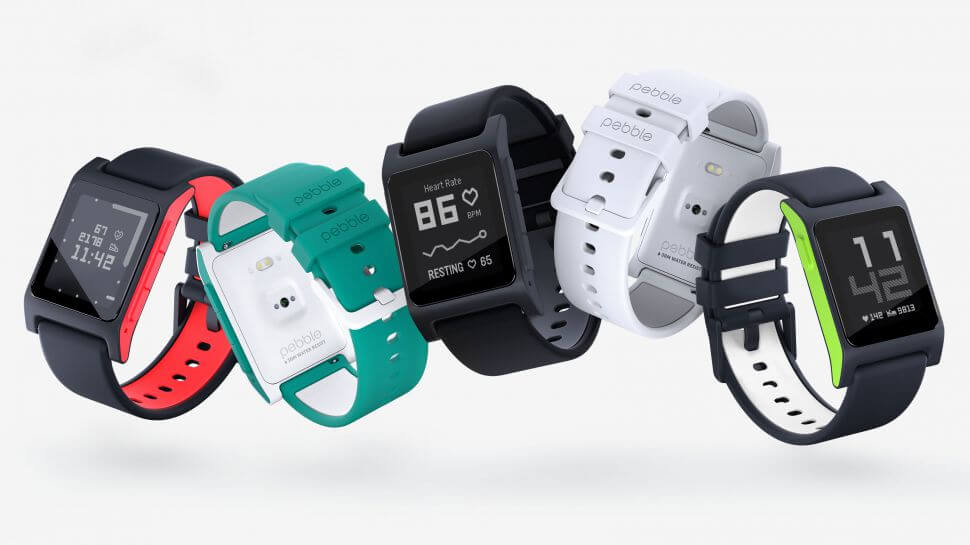 These wristwatch fitness trackers were selected to compare with one another because they are in the same range of price, vary from $120-$180.

Fitbit Charge 2 and Pebble 2 are the latest to hit the market among those listed above. Both were launched in September 2016. Samsung Gear Fit 2 and Garmin Vivosmart HR were released earlier in the same year, in May-June 2016.

Of course, when making a purchase like this, you would prefer buying the latest models, right? Not only are the designs improved, the technology is definitely is more advanced.

Pebble 2 and Fitbit Charge HR are equally priced at about $129. Samsung Gear Fit 2, Fitbit Charge 2 and Garmin Vivosmart HR are all priced at about $149, which is just a bit more expensive. Polar A360 is the most pricey tracker on the list, at about $180. The question is,  should you buy the Pebble 2 or spend a little more money to aim for another one that might be a much better fit and/or more specific to your needs? Let’s take a look at some points to consider when making this decision.

The Pebble is made of Polycarbonate plastic, while Fitbit trackers are made of rubber which is more flexible and elastic. Samsung Gear Fit 2 is made of flexible polymer. If you want the option of using a leather strap, you should consider Fitbit Charge 2 since the strap is detachable and you can pay for a leather strap with extra $60.

If you’re a fan of Black then skip this comparison since every model offers Black as a color. Pebble 2 seems to have the most with 5 color options: black, white, aqua, flame and lime. With Fitbit Charge 2, you also have 5 options: black, blue, plum, teal and lavender. Garmin Vivosmart HR and Samsung Gear Fit 2 each allow you 3 options: Garmin- black, imperial purple, and midnight blue; Samsung- Pink, Black, Blue.

If you like an e-Paper screen, then you can go with Pebble 2. But if you prefer a more colorful, dynamic screen, then Samsung Gear Fit and Polar A360 will give you a more colorful face to help cheer you on while working out.  The rest of the models use either an LCD or  OLED screen. Pebble 2 has  quite a bigger screen, allowing you to easily read a combination of data at the same time. The Fitbit screens are quite small, especially the Fitbit Charge HR.

Samsung Gear Fit 2 has built-in GPS which can be a huge plus, especially for runners or cyclists. Pebble 2 & Garmin Vivosmart offer you a function to control your music. The choice is tough if you are trying to base your decision solely on functions!

The heart rate monitor of Pebble 2 is not just for workouts but also measures your heart rate 24/7, taking a reading every 10 minutes (same like Apple Watch). Pebble 2 had a tendency to read 10 to 15 bpm higher than a chest strap when you are running, however this is a problem that is typical of most optical fitness wristwatches.

A noticeable plus of Pebble 2 is the number of apps it offers. The number of  watch faces and applications have been developed for Pebble 2 that other fitness trackers just cannot cannot match. For a better explanation of these functions, you can take a look at this video review:

Except Fitbit, these devices are not considered safe for serious swimming, and none are acceptable for diving. Samsung Gear Fit 2 is water resistant just for 1.5m (safe for water spray, sweat or showering), while others are resistant up to 30-50m. However, this may or maynot be something of serious concern to you.

The Pebble 2 can be used up to 7 days without a recharge, quite long compared to the others, but shorter than Polar A360 which averages 2 weeks. This may be the reason why Polar A360 is the most expensive of the list. Garmin and Fitbit can last for 5 days. Samsung Gear Fit 2 is the weakest in terms of battery life, it is said to just last 2-3 days.

Ok, after all these considerations, which model do you think best meets your needs? Pebble 2 might not be as amazing as expected, since its’s not  much different than the Pebble Classic. However, at the price of $129, it seems to be competitive with other wristwatch offering a heart rate monitor and it may still be a good choice, especially for those who love its simplicity.


Check out my Heart rate monitor review if you are still wondering which fitness tracker is best for you.